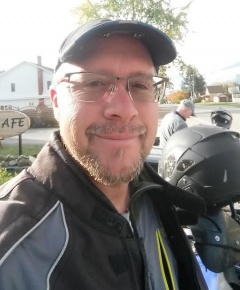 John Hagerty and Stacia Crocker were born and raised in Libby, Montana, where they became a couple in 1983. John obtained a Business Finance degree from Gonzaga University and Stacia received her Bachelor of Science in Accounting from the University of Idaho. After graduation in May 1989, John went to work for U.S. Bank in Portland, Oregon and Stacia went to work as a manager in the accounting department at Meier & Frank, a Portland based department store chain in the May Company line. They were married on St. Patrick's Day in 1990 and purchased their first home in 1992. In addition to the couple's avid pursuit of all outdoor adventure, they also attended classes in Real Estate and Japanese for personal enrichment. They became ski instructors at Mount Hood Meadows during the 1993-1994 ski season.

After six years in Portland, the Hagertys decided to return to the inland Northwest to build a life in the area where they hoped to raise a family. A year of ski-bumming and water skiing in Sandpoint allowed Stacia to return to the University of Idaho as an in-state law student and gave John time to prepare to open All About Sports, L.L.C. After Stacia graduated with her Juris Doctorate in 1998, the couple moved to Coeur d'Alene, planted roots, and settled in to raise a family. Stacia worked for the City of Coeur d'Alene as a prosecuting attorney and later joined her partner, Blaine at the firm of Horrocks & Hagerty, P.L.L.C. where Stacia continues to practice. John, with the help of his partner Donny Johnston, moved the location of All About Sports to 204 N. 4th Street in Coeur d'Alene, where it continues to thrive. They were blessed with a baby girl, Marisa Jeanne, in April of 2001.

That same year, John decided to pursue a career in Real Estate. He joined the Windermere/Coeur d'Alene Realty, Inc. team in the spring of 2002. Stacia decided to expand her work to include practice as a licensed Realtor later the same year. Today John and Stacia enjoy proudly serving customers and clients in North Idaho while enjoying the beauty and adventures available in this amazing area.